Metro tour with visiting of Poklonnaya Hill and two memorial museums: museum-panorama "The Battle of Borodino" and museum of the Great Patriotic War.
Order 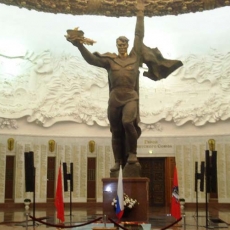 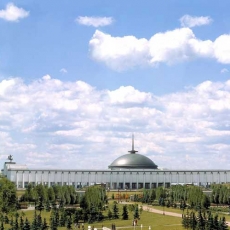 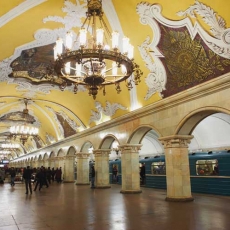 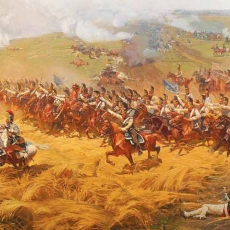 Have a deep immersion in Russian military history with our 1-day tour to Poklonnaya Hill. With your giude you will visit two remarkable museums dedicated to the great wars in Russian history - French invasion of Russia in 1812 and Great Patriotic war in 1941-1945. They are the Museum-panorama "The Battle of Borodino" and Museum of the Great Patriotic War. These tragic events had a huge influence on life and development of the country.

You will get to Poklonnaya Hill from the hotel and back by subway, see its beauty and find out interesting facts about its present and past.

Museum-panorama "The Battle of Borodino"
The museum is situated on the place where the village of Fili used to be in 19th century. The main exhibit is the huge painting of 115 meters long and 15 meters high. The artist Franz Roubaud depicted the decisive moment of the battle - 12.30 p.m. on the 7th of September - when the most vivid and typical events in the battle took place. The viewing of the panorama is accompanied by special sound-effects, reproducing the battle shooting as it was in the beginning of the 19th century.

Museum of the Great Patriotic War
The museum is the centre of Memorial Complex of Victory on Poklonnaya Hill which serves to eternize memory of Soviet people valour, heroism and courage during the Great Patriotic War. The exposition consists of military, historical and artistic sections. It presents 6 dioramas devoted to the major battles of the World War II, showes an original documentary film of wartime, rare photos, cartographical and archive materials, as well as the military hardware and engineering fortification.

Your guide will meet you in the hotel and after the tour will escort you back.
During the tour you will have enough time for lunch. The guide will recomend you good restaurants and cafes on the way or we can make a preliminary reservation at your wish.
Read more


Choose currency:
Tour price includes:
Any other language besides of English and bigger group size are available upon request.A vehicle of the required comfort level can be provided instead of subway travel.

The price may differ in the dates of FIFA World Cup 2018, December 31 and January 1. 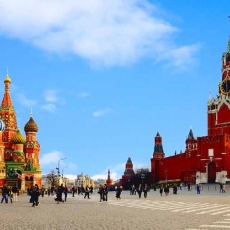 Sightseeing tour of Moscow with Kremlin territory and Armoury
With this 1-day informative tour of Moscow you will see the most prominent central streets and squar...
8 hours
from 20900 р.
Order 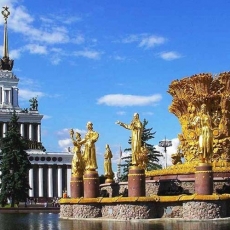 VDNKh and Memorial museum of Cosmonautics
If you like long walks and have an interest in progress and technical achievements, then this tour w...
6 hours
from 16500 р.
Order 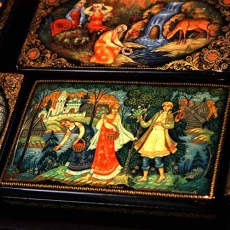