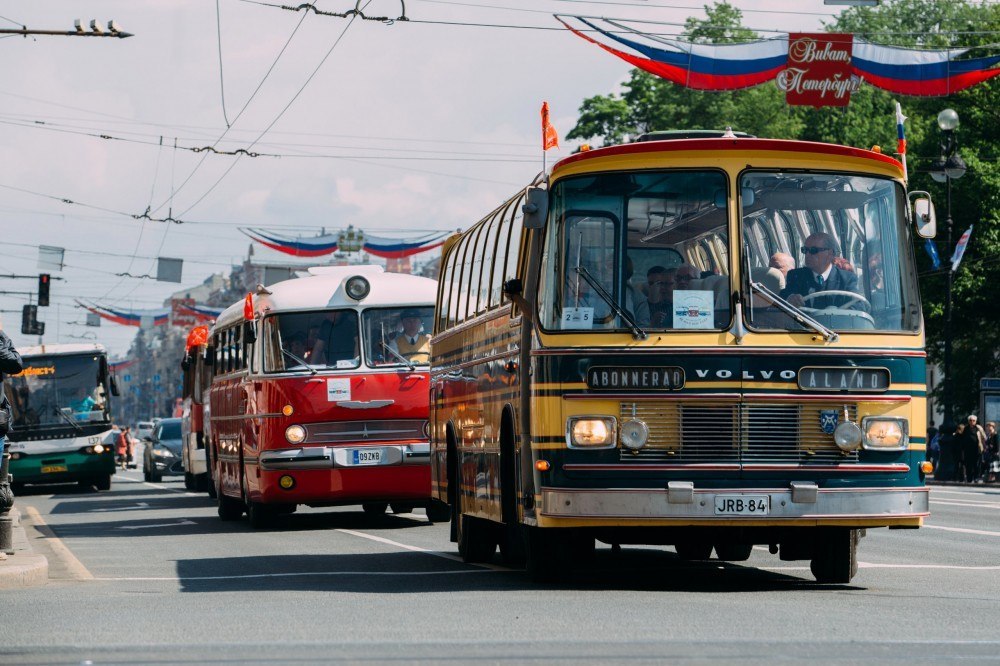 On May 26, the fourth retro transport parade will be held to celebrate the St. Petersburg Anniversary. St. Petersburg residents and guests of the city will see rare buses, trolley buses, lorries, and cars, which will pass through Nevsky Prospekt, and then will be exhibited on Inzhenernaya Street.

Collectors and museums of transport companies from St. Petersburg and other cities of Russia, as well as Estonia, Finland and other countries will present modes of transport. The original "Ikarus-55" bus, released at the legendary factory in 1970, will come to St. Petersburg from Budapest. Another interesting item is the Setra S6 1962 bus with a roof partially made of glass - a breakthrough for its time. Among the debuts of this year, there will be a mobile TV station LiAZ-5932 "Magnolia", which was used to broadcast the Moscow Olympic Games in 1980.

To celebrate the 315th anniversary of the Northern Capital, the event will become even more grandiose. This year the parade will unite with the festival "Motostolitsa", so the columns of public transport will go through the city centre together with motorcycles. Last year, the event included 145 rare objects.
Previous news
All news
Next news