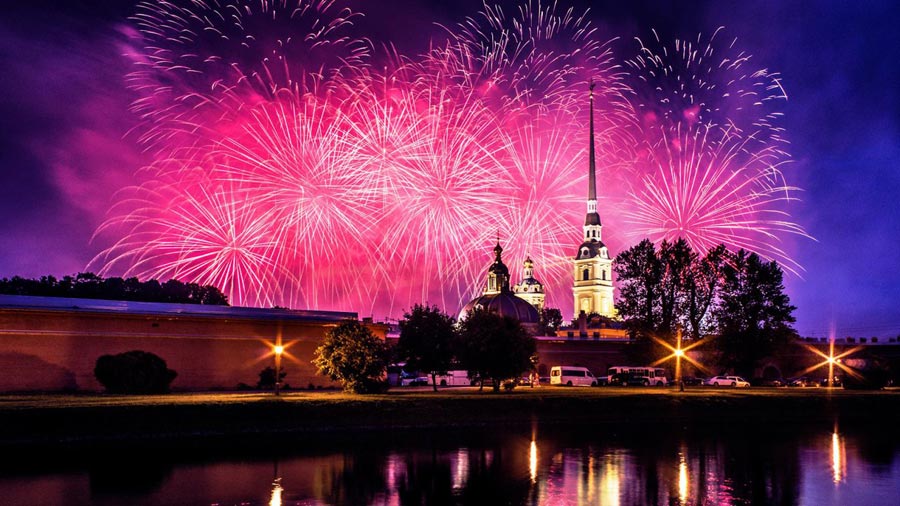 According to legend, exactly 315 years ago Peter the Great stamped his foot and ordered the constructionof a city in the delta of the Neva. Many people regarded his idea with hostility and didn’t believe that the marshy lands in the Gulf of Finland would really become a ‘Window to Europe’. But the Tsar proved themwrong, andfor several centuries, millions of people from all over the world have admired St. Petersburg. The City Day of the Northern Capital of Russia is celebrated every year on May 27, but a number of events related to the occasion will be held the day before.

Retro transport parade
If you suddenly see buses, trolleybuses and cars from the past on Nevsky, don’t be surprised — this is a parade of retro transport. On May 26 at 12:00, a column of rare cars will start its triumphal procession through the main streets and avenues. Keep the camera ready and try to come to Inzhenernayastreetafter 15:00 because this is where they will make a stop. Everyone will be able to look inside the vehiclesand take unusual pictures.

“Singing bridges” show
When it gets dark, it’s time to move closer to the water. On the night of May 26-27, St. Petersburg will launch the “Singing bridges” show for the third time. It’s expected that this year the bridges will be lifted to the music of Isaac Schwartz, the composer, whobecame famous for his music to well-known Soviet films, such as White Sun of the Desert, The Captivating Star of Happiness, and Brothers Karamazov. In order to celebrate the City Day, the liftingof the Palace Bridge will be accompanied by the music a symphony orchestra.

Flowers offerings at the Bronze Horseman
A ceremony at the monument to Peter the Great will officially open the City Day. It usually only involves high officials of the city and the guard of honour, but this year, access to the Bronze Horseman will be open to anyone who comes to Senate Square by 10 am. And then, a solemn shot will be fired from a bastion of the Peter and Paul Fortress at 11:30.

Ice-cream festival
Can you imagine a holiday without food? On Saturday and Sunday, come to Ostrovskogo Square and eat some ice-cream! You can try dozens of kinds of frozen treat from different producers at the festival, as well as participate in competitions, listen to music and just have a good time.

Festive salute
The festive salute will end the two St. Petersburg anniversary days at 23: 00
Previous news
All news
Next news