The Cruiser Aurora Returns to Petersburgers! 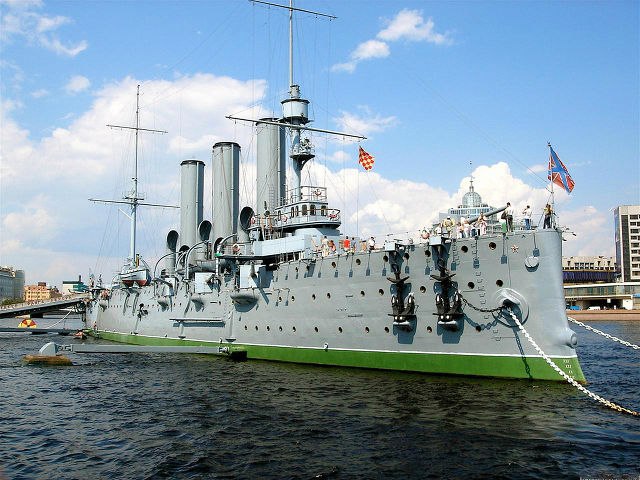 In July, the Cruiser Aurora, legendary symbol of the Revolution, will finally return to its berth, told the reporters Anton Gubankov, head of the Office for Cultural Affairs in RF Ministry of Defence, at a regular press conference.

An expanded exhibition area of nine partsis scheduled to be opened at the Cruiser upon renovation. There, the visitors will learn how vessels of this type were arranged, get an idea of its crew daily life, the Aurora role in the Battle of Tsushima, the Navy history before the First World War, events of the revolution of 1917, and other amazing historical evidences.

Ten people are expected to be employed by the museum and at the Cruiser, 27 military and civilian officers in total will be always present.

The Cruiser got off for maintenance and renovation in September 2014 accompanied by several tugs following the route under the Palace, Blagoveshchensky, and Trinity Bridges raised in the day time specially for this procession. This was its first trip in the last few decades as before the vessel had left its berth in far 1987.The Aurora Cruiser is classified as the first class cruiser of the Diana type in the Baltic Fleet.

The New Admiralty is its birthplace where it was built in 1903. The cruiser got its name after the same-name sailing frigate, heroic defender of Petropavlovsk-Kamchatsky in the Crimean War. Carrying on traditions of its frigate predecessor, the Aurora Cruiser took part in the Russian-Japanese War, the First WorldWar, the Civil War, and the World War II, in Leningrad defence. Since 1956, it has been a branch of the Central Naval Museum of St. Petersburg.
Previous news
All news
Next news