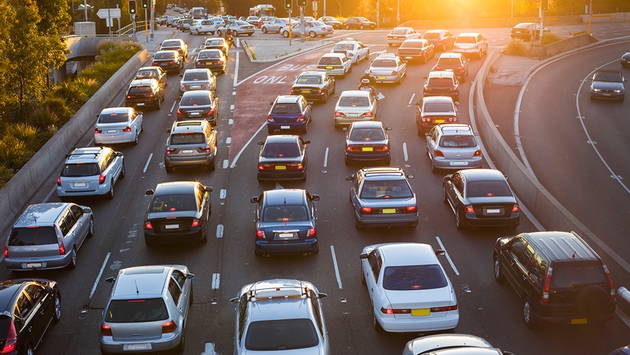 Even when you have nowhere to be, the thought of being stuck in a traffic jam is often enough to make you cringe.

Unfortunately, some cities are worse than others when it comes to delayed commutes.

New data from Dutch navigation company TomTom reveals the worst offenders when it comes to average time spent in a traffic jam compared to free-flowing traffic during rush hour in 2014.

Unsurprisingly, some of the U.S.'s most populous cities feature heavily on TomTom's Traffic Index, which analyzed rush hour data for more than 200 cities worldwide. Perhaps more unexpectedly, a handful of warm weather cities with reputations for relaxation were the site of the most traffic headaches last year.

Below you'll find the complete breakdown of the top 10 most congested cities domestically, with the corresponding percentage representing the amount of time spent in gridlock as opposed to free-flowing traffic during rush hour:

Although Los Angeles' traffic is significantly worse than any other U.S. city, (just ask NBCSN's Kay Adams) it only ranks 10th-worst worldwide.

Instead, Istanbul, Turkey, claims the infamous title, with more than half of the average trip in rush hour within Turkey's largest city being spent in gridlock.

But joining Istanbul and L.A. among the top 10 are multiple Brazilian and Russian destinations.

Here's a look at the 10 most congested cities worldwide:

So, the next time you find yourself idle on the freeway in one of these cities you won't be surprised, and, if you're trapped in gridlock somewhere else you'll at least have some perspective.

Previous news
All news
Next news