All Together Opera festival in St. Petersburg 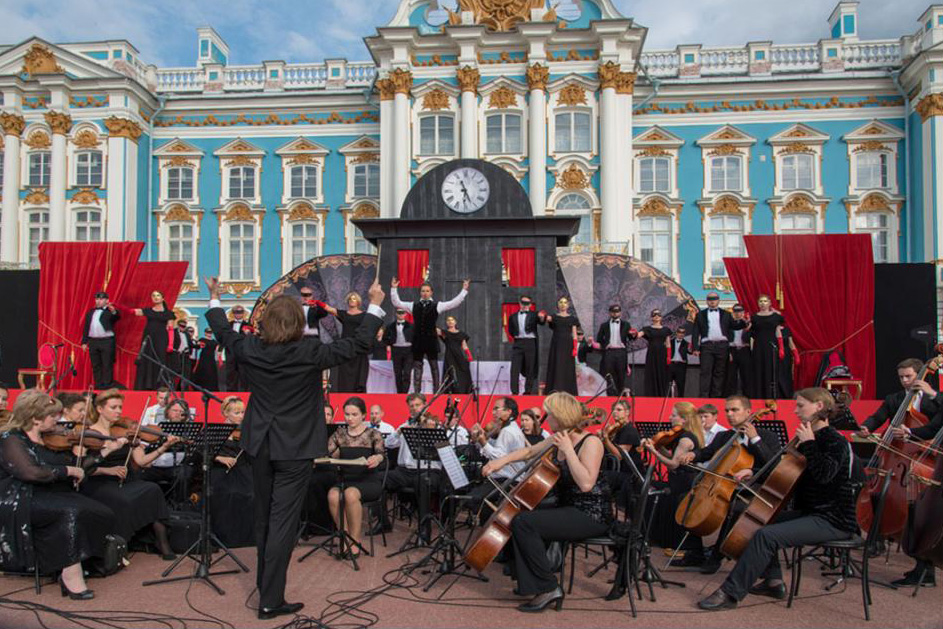 On July 12-22, 2017, under the aegis of St. Petersburg International Cultural Forum, St. Petersburg will host the All Together Opera festival.The festival presents outstanding masterpieces of international and national opera classics to the audience in the open-air format. Its idea is to promote closer knowledge of the best works of the human spirit among the public.

The opera is the best thing to achieve this as it includes soloists, an orchestra, a choir, and a ballet with graphic art. The opera art has its own hits, which, if made accessible, are able to attract people hearts.The All Together Opera traditionally presents productions in the most beautiful architectural ensembles of St. Petersburg instead of pompous opera houses, turning the ensembles into real participants of aspectacle on stage.

Fabio Mastrangelo is a music director of the festival, while the Music Hall St. Petersburg State Theatre is its main organizer.

Venues:
On July, 12, Cathedral Square of the Peter and Paul Fortress. On this day, masterpiece ‘Ruslan and Lyudmila’ by Mikhail Glinka will be performed.
On July, 15, in the area near the Alexandrinsky Theatre, one of the most striking operas by Giuseppe Verdi ‘Rigoletto’ will be presented.
On July, 19, at the S.M. Kirov Central Park of Culture and Recreationon the Yelagin Island, in front of the Yelagin Palace, the Free Shooter opera by famous German composer Karl Maria von Weber will be shown.
July 22, 17:00 - Tsarskoye Selo, Parade Square of the Catherine PalaceCarmen by Georges Bizet. Festival Closing Ceremony.
Free entrance to performances.
Previous news
All news
Next news