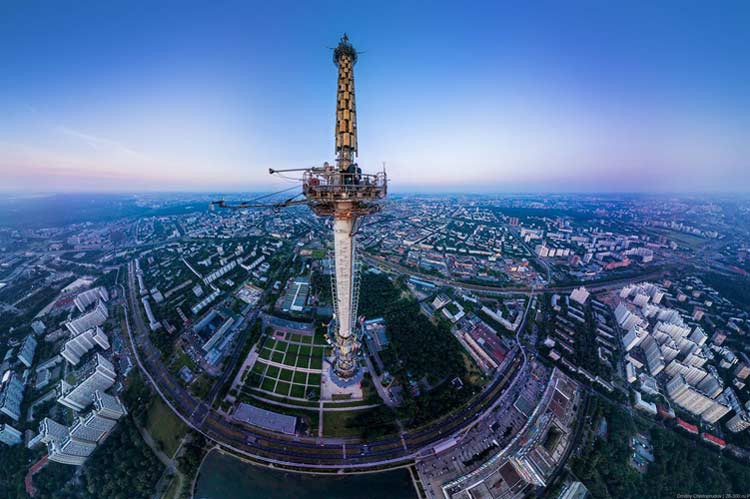 At an altitude mark of 85 meters, an open observation deck was opened for visitors to Ostankino TV tower. It was equipped on a technological terrace. Before, an entrance to the deck had been only allowed for meteorologists.At the level of the 85th mark, for the first time guests will be able close to see one of 21 meteo towers. This is a giant support with sensors that measure a wind direction and speed, air temperature, and humidity. Using it as an example, the guides will present the tower automatic meteorological information-measuring system considered the highest in Moscow.

An exit to the terrace will become a part of the “technical route”, launched by the Ostankino Tower in May. This tour tells about the tower configuration. It is possible to book the tour via the official site of the Ostankino TV tower.

For guest safety, the observation deck of 10 square meters was fenced with a protective metalwork. Before a visit, each tourist will be given a protection helmet. The open observation deck will host up to 10 people at the same time.

From here, it is possible to see the Botanical Garden, Ostankino TV Centre, Moscow-City Business Centre and other sights from the western and north-wester parts of the city.
Previous news
All news
Next news