Festival of Smelt in St. Petersburg 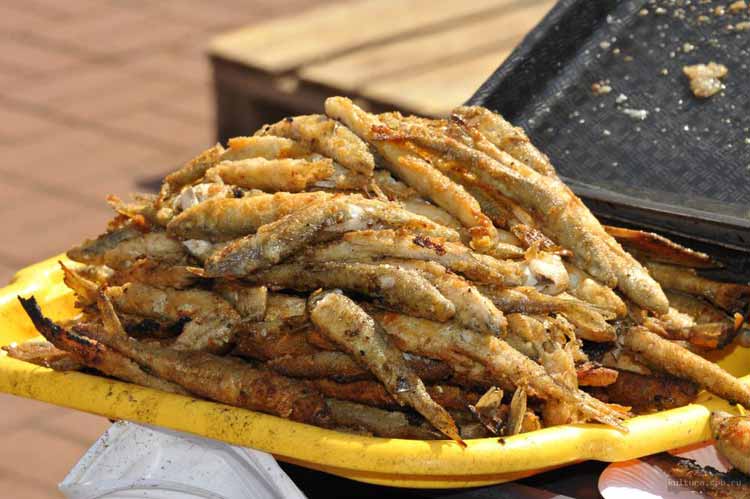 On 13-14, May, St. Petersburg will host the fifteenth traditional national Festival of Smelt. This small fish, which has become a symbol of the Capital of the North, is very popular. Every year over 80 thousands o flocals and visitors of the city attend the Festival of the Smelt.

The entertainment program of the festival includes games, competitions, quizzes and performances of popular singers.Besides, visitors will be able to taste General's Fish Soup made according to the recipe of the St. Petersburg first Governor-General A.D. Menshikov.

Well-known figures from the worldof culture, arts, sports and business will contribute to this fish soup supervised by a chef.Guests of the festival will be also offered with the Goldfish in Silver Shoal game that will take the whole day. Lucky eaters in their serve of fried smelt will suddenly find a gold pendant shaped as the main festival character.SPORT Smelt cluster calls for active and adventurous people with its races by rubber boats, arm-wrestling, tug-of-war, kettlebell lifting, bumperball, mini-football and other similar activities.Workshops for children and adults, displays of photo materials, painting and plastics will be held at the ARTSmelt site.

Of course, the fish market will offer fresh fish at a special price, while souvenir stalls will make visitors feel good with special holiday bonuses.This citypicnic was for the first time held in 2002, and since then the Capital of the North has had a tradition when during several spring days it enjoys an aroma of this roasted delicious fish, reminding city residents and guests that the true spring has already come.