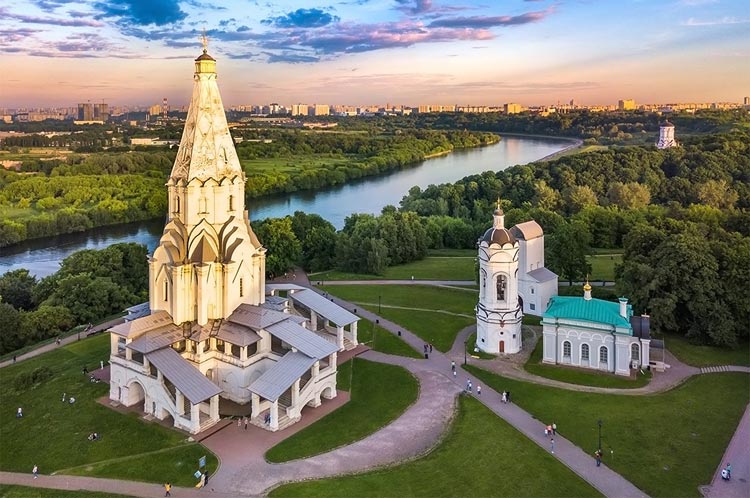 A walking tour around the former royal estate Kolomenskoye with visit to the house of Peter the Great, the Front gate Complex, the Church of the Ascension and other places of interest at your wish.
Order 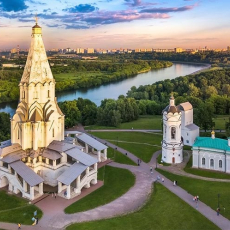 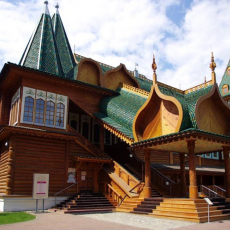 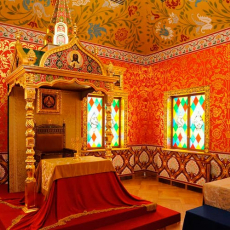 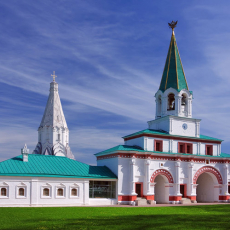 Kolomenskoye Museum Reserve is a placid nook in bustling Moscow  It is located in the South-Eastern part of the city, about 10 kilometers from the Kremlin. This is one of those places in the capital where you want to return again and again. Among the Russian tsars, Kolomenskoye was considered one of the most favorite summer residences as well.

The first mention of Kolomenskoye in the chronicles dates from the XIV century, but on its territory there is an ancient Dyakovo settlement, where people lived in the stone age!

With our tour you will get acquainted with the historical part of the former royal estate, where the original Palace of the tsar Alexey Mikhailovich was located until the demolition in 1872. The Palace was rebuilt in 2010 according to the drawings made by the decree of Catherine II. The interior decoration and paintings are made using archival materials and are close to the original style. You can visit the Palace in addition, at your wish.

The Museum Reserve has a big number of monuments of art and architecture of Ancient Rus, among them the Church of the Ascension – a masterpiece of world architecture and business card of the Kolomenskoye, as well as the first stone tent-like church in Russia.

Another attraction is the Kazan Church, which houses the icon "Our Lady Derzhavnaya" (or the "Reigning Icon"), which was found on the day of the abdication of Nicholas II from the throne and is the main sacred object of the monarchists of Russia for now.

With your guide, you will visit the wooden house of Peter the Great, brought here from Arkhangelsk, and the Front gate Complex, where the Museum exposition is located. The excursion to Kolomenskoye is also notable for the fact that in addition to the man-made attractions, you will enjoy the beautiful landscapes and see the oaks-trees that are 300-600 years old.

An excursion to Kolomenskoye will take you to the distant past and get you acquainted with the Russian history.

The guided tour starts and ends in Kolomenskoye Museum Reserve in the agreed point. At your wish this excursion may be included in your sightseeing program or a transfer to the museum can be provided at your request.

A transfer to Kolomenskoye can be provided at your request.

Order
This tour is conducted in English, Hebrew, German, Spanish, Italian, French, Finnish, Chinese and other languages.
Convenient duration, time and place of tour start and ending. By default the start and ending point is Kolomenskoye Museum Reserve.
Inform your manager, what other places, museums and attractions would you like to include in the itinerary.
Create
customized
tour 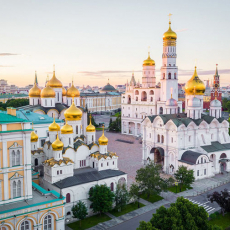 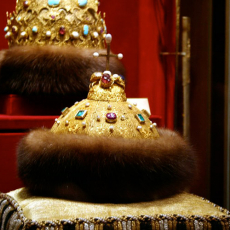 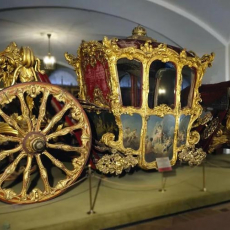