Alexandria Park is a great example of the park landscape, and it is one of the greatest monuments of the Russian landscape architecture of XIX century. Park got its name from its first owner - the Empress Alexandra Feodorovna, the wife of Nicholas I. The erection of the park began in 1825 and was delegated to architect A. Menelas. Under his project, the central axis of the park composition was a Nicholas avenue, which is crossing it in-line from west to east - from the gate of the same name in the stone wall to the Great Pond, where it runs into the junction of several alleys and, turning around the pond, goes to the eastern boundary of the park. The Nicholas Avenue separates the park into northern and southern parts - coastal and mountainous.

In the park you can see several buildings, which are worth to be seen: The Cottage – the favorite place of Nicholas I family, the first class painting and sculpture collection of local outstanding artists and sculptors, such as: I. Aivazovsky, O. Kiprensky, S. Shchedrin, I. Vitali, is displayed here. Gothic Chapel - the beloved home church of Nicholas I family; Farm Palace was built for the Grand Duke Alexander; important political events of the country happened there - in the end of 1850 a meeting for the preparation of the peasant reform was held here.

t
The city in architecture and monuments w Man and nature w The most well-known sights - Must see! r Captivating views r Love and romance r
*
squares, streets and courtyards 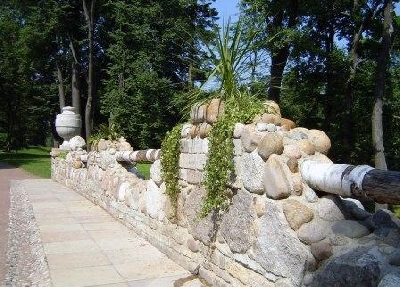 The city in architecture and monuments w
Man and nature w
The most well-known sights - Must see! r
Captivating views r
Love and romance r