New Holland is an island in the Admiralty district, which is boarded by the Moika River, Admiralty Canal and Kryukov Canal. The new Holland is the monument of industrial architecture and the object of cultural heritage, which was built in classicism style. The New Holland appeared as a result of two canals digging: Krukov and Admiralty – on the perimeter of the island for the needs of shipbuilders of the Admiralty Shipyard. Here there were storages for ship timbers, tooling and different stuff for the construction and repairs of the ships. The New Holland got its name thanks to Peter the Great, who decided that if the former place for the storages was called “Holland”, then the new island should be called “The New Holland”. The island was also the first military port of the Russian Empire. Till 2004 the complex was occupied by the services of Baltic Fleet. In December 2004 the contest for the best project of the new complex was announced. However the city government set up several claims, among which there was the necessity of constructing of the multifunctional cultural and commercial sectors on the territory of the island and also to include in project the hotel and retail, cultural, entertainment sectors as well. The winner of the contest became the company WorkAC. The opening of the new complex is planned in the 2017.

Nowadays the New Holland is a cultural centre, where a lot of different events take place: from exhibitions, concerts, master classes, festivals and lectures to different authorship projects. The New Holland is the open space and its main purpose is supporting and promotion of the modern art and culture in Russia. 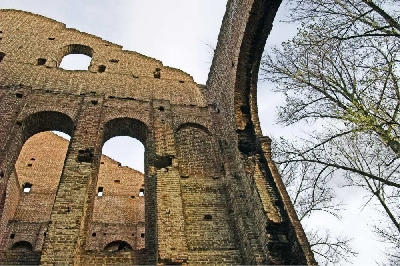